Continue the review of the best and of the worst of the songs in competition at the 66th Festival of san remo:

Chiara Dello Iacovo – Introvert
Let's start with the new proposals, which are, as usual, again just a way of saying. Chiara Dello Iacovo, with the arms covered with cellophane, it looks like a version 2.0 of Carlotta – that of “hang on, I have to go to the beach” -that carries a translation into English of the Glastonbury Songs of the Band. Passes the turn.
#hashtagfrenachedevoandareabordighera 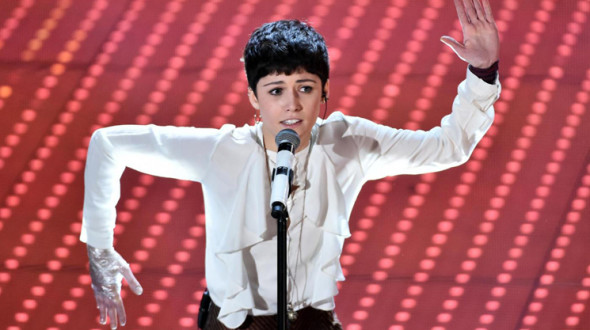 Cecile – N. E. G. R. A.
Is as high as two Beyoncé put one above the other, with the cofana of Marge Simpson if only Marge were jamaican and not Springfield.
The song is cool and unusual for the Festival, and to some extent is already enough. Sin, however, that in substance there is very little.
#hashtagquandomivedinuda

Irama – What will remain
Sooner or later it had to happen, sooner or later we knew that the clones of Fedez they would arrive to take the scene and would not have left the prisoners. Irama instead of the tattoo on his neck has two feathers hanging on the ears.
And this is the only thing worthy of note to his performance.
#hashtagnonresteràniente

Ermal Metal – I Hate fairy tales
For liking Heavy Metal, he's a bit of our Is. He has written for the anyone, its songs we have heard them all, but few have noticed him, since the times of de La Fame Camilla. The song is cute and also unusual for Sanremo. You may even win.
#hashtagermalmetamachinemusic

Dolcenera – Now or never
Arrives, do not greet him, and immediately makes you understand that something has changed, returning to sit behind the piano.
In the last few years has tried to reinvent itself every time, changing skin constantly, but without ever succeeding to emerge with arrogance. At the end of it all, remember it only for not having given in Baccini and it led to a slow madness that led him to see David Bowie anywhere.
This time it is from the soul and brings a piece that is half the stuff in the case of Alicia Keys and half Natural Woman.
#hashtagdolcen.and.g.r.a.

Clementino – When I'm away
Sooner or later we should investigate seriously what happens to rappers when they landed on the Ariston, and you feel the obligation to sing.
Try to repeat the exploit of O viento, but O viento was a nice piece, with a base that broke everything, this is a sanremata of those that you almost will not understand the meaning. Since you don't need.
#hashtagcoscoscos

Patty Pravo – Skies
Easy to make jokes about plastic surgery, then go ahead and just focus on the song.
Fortunato Zampaglione is the author of the moment, and in some ways it feels, the song built to be sung by Patty that, despite the now well-known limits on voice, sings the best as we had been accustomed in the course of the last few years.
#hashtaglanonnadelpiper 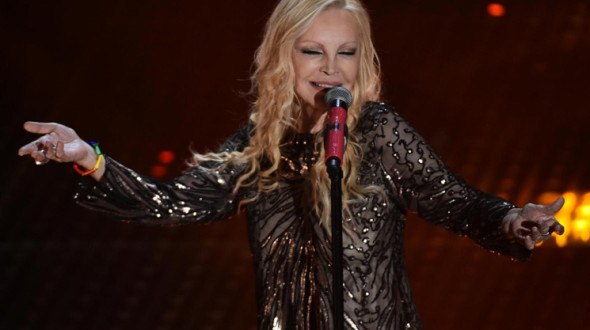 Valerio Scanu – Finally it's raining
The feeling is that Harrison is now both more comfortable in the role of impersonator/drag queen than a singer, but technically it is very good, and despite a few snagging't carry it home in a way agile.
Could be worse, could be directly Fabrizio Moro (the author of the piece).
#hashtagintuttiilaghi

Francesca Michielin – No degree of separation
Despite the choice of show up dressed as a mormon, Francesca Michielin remains one which it is impossible it will be bad. With respect to the individual that have dominated the airplay in the course of the last year, carries a track which is more traditional and that the returns in the path marked out by Elisa.
Is the candidate number two in the final victory.
#hashtagfigata

Alessio Bernabei – We are infinite
Jack without Dear. The one that came out from the group.
The Zayin Malik of the coast.
In a few words: coso.
The song seems a bit like the Nek last year, even if it works much less than that of Nek: EDM lyophilized for the audience of Rai Uno, and a title that mentions a film and a book for teenagers (at least the target audience is clear). In the context of the festival is one of the things more contemporary. Up on stage after Ezio Bosso: poraccio.
#hashtagjackfruscianteèuscitodalciuffo

Elio e le Storie Tese – Win hatred
The operation is clear: to go to the festival of the choruses of a song bad, consisting only of refrains ugly. And maybe make a delete before the final. In practice: the Elio e le Storie Tese are the troll of this festival of Sanremo, and, OK, we have understood the idea and some of the moments border on the sublime, pity, however, that in the end what remains is the usual exercise of style, in short, now even just.
Fortunately, they have a taste for performance that pushes them to be the only band really suitable for standing on that stage without ever come out bruised.
#hashtagsenzaroccotanicanonèlostesso

Neffa – Dreams and nostalgia
The last time I wrote something on the Jury is over he wrote me an e-mail pissed off.
I am sure that they will take it badly if I say that this new direction in the style of Celentano neomelodico leaves me rather puzzled. Ends in the red zone, at risk of elimination, which could be a good sign: the will much the radio.
#hashtagunacarezzainunpugno

Annalisa – The universal flood
It comes in long, leaving you with a bitter taste in the mouth, the fan of the tumblr “Annalisa in the shorts” and displaces even more when he begins the song, and it becomes clear to everyone that is trying to become Noemi.
It is the third Festival in four years, and threatens dangerously to become one of those back to life just for five days of the year.
Sin: she is good at it and do not deserve it.
#hashtagsolononsivedonoidueleocorni 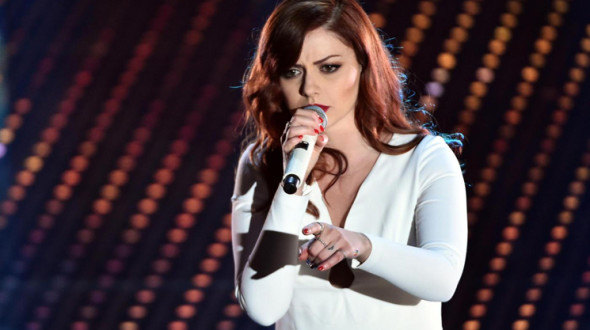 Absolute Zero – Of you and me
Absolute Zero they are only there to reaffirm the role of Matteo Maffucci as Mauro Repetto of the noughties. The song is the usual of always, and as always it will be passed a lot on the radio. Vocally, don't make it right, but you know.
#hashtagmaestridellosfiato

Your blog talks about San Remo 2016: Report Cards For The Second Night? Contact Us to be indexed in the BitFeed Network