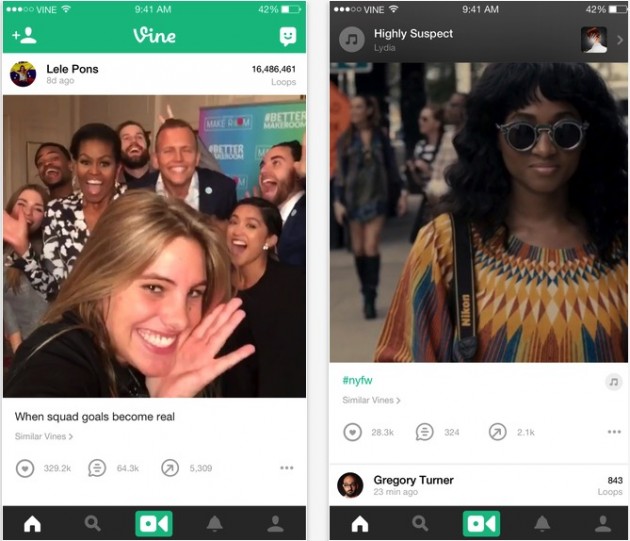 Vine is an application that allows you to share with your contacts of short videos with no limits and completely free. Once uploaded, the videos can be published on Vine and then shared via Twitter and Facebook, while with the next updates will come support for other social networks.

Videos created with Vine can not exceed six seconds, but the user may choose to divide them into several clips that will be played in loop.

This version adds support for the 3D-Touch: by the icon of the app, the user can start recording a video, or view the section of video on Vine. Now it is also possible to arrange the individual clips to the user in different modes (new, old, popular)

Vine is available for free on the App Store directly to this address. Anyone interested in the app can instead read our review. 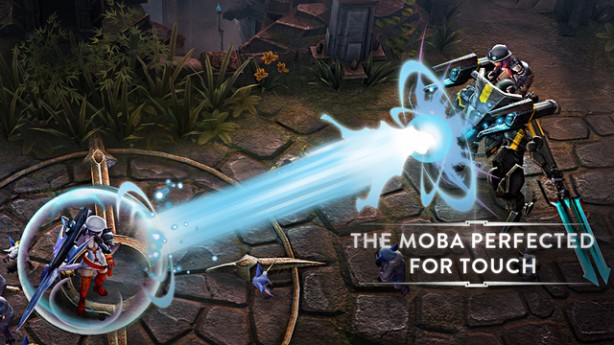 Vainglory is a game set in an arena where we will have friends and enemies. So we'll have to fight to the best of our ability to defeat the enemies and reach the main goal.

In this new version we find new hero Ozo, intuitive, lively, who is never impeded by a fear, even in the face of danger. Ozo is tossed headlong in the fighting, chaotic, bouncing on the heads and unleash massive damage area-of-effect with his ring, sharp as a razor. To keep it in battle, it's better use of defense items, and search for groups together of the enemies in the area to maximize the damage.

Ozo receives from all sources additional care, safety and health enhanced (this does not affect health regeneration). Ozo is running a combo of three shots with his ring. Each part of the combo is activated by pressing the skill within a time span of 5 seconds. First shot: Ozo pushes forward his ring, dealing damage to the target and other enemies in front of him. Second shot: Ozo snaps towards the target and deals damage. Last shot: Ozo wheel, damaging all nearby enemies. Each stroke of attorney, the damage from the weapon and active effects from the basic attack. Ozo receives care for each enemy you damaged with each one of these shots; if it deals damage to a hero, it receives the most care.

Ozo jumps on the head to a target near (enemy, ally or creature), the slows and the damage. While Ozo is in the air, tap quickly to another target nearby to jump from one head to another, up to a maximum of three jumps. The final jump does more damage. If Ozo jump at least two times, will receive an increase in movement speed (reduced against minions, and proportional to the crystal). Ozo is the position before rolling it over to an enemy hero targeted. If it reaches the target in time, deals damage, stuns and blows up the target on his ring scagliandolo behind him. As he rolls, Ozo shifts and deals reduced damage to all other enemies on the path.

All games with ranking now offer Draft mode. In the selection screen of the heroes, each team can ban a hero. None of the two teams will be able to use the heroes excluded. At that point, each player chooses a hero. You can prevent the opposing team from recruiting a certain hero, selecting him first! Games with leaderboards now require the availability of 8 heroes unlocked in order not to remain stuck in the draft. If desired, the Draft mode can also be used in private matches. Take a look at the section on the features of the game, for all the details. Celebrates the Halcyon Fold with a lot of fireworks! Skin limited edition Koshka red lantern (available for a limited time)! Skin of Rona angry level The Now the gold mine is always neutral and can be stolen. The monsters of the forest are more lethal. Changes to the balance of heroes and items to Kestrel Blackfeather, Skye, Breaking Point and others. Take a look at the section on news from the game for a detailed analysis.

DataMan Next - the simplest app to track your data usageJohnny IxeCategoria: Finance0,99 € 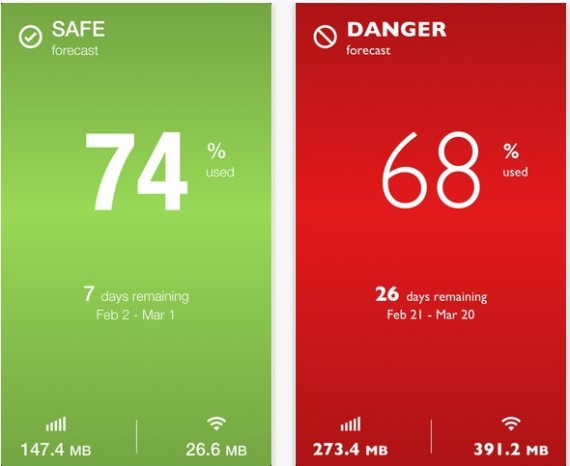 DataMan Next helps you view the statistics in a simple and fast way, with much of the illustration of the prospectus on the possible monthly consumption based on the usage of the iPhone.

The new version now supports the 3D Touch on the iPhone 6s and 6s Plus.

DataMan Next is available now offer for free on the App Store. 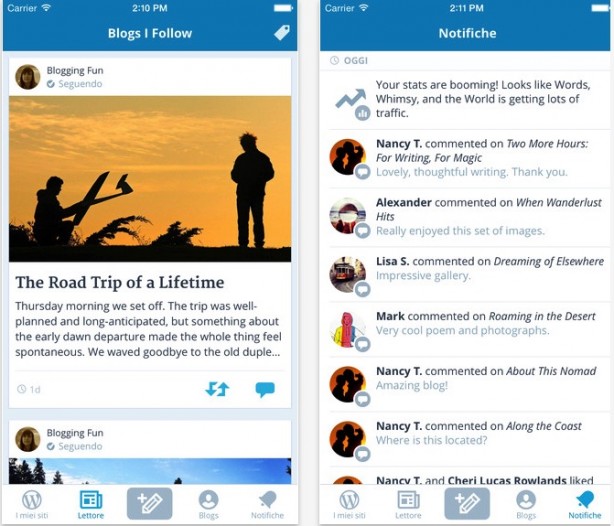 The official application of WordPress will allow you to easily manage your site or blog directly from the iPhone also in mobility and in the absence of a computer. Thanks to this version created specifically for the iOS WordPress you can manage the user comments, create or edit a new post, as well as easily add videos and images.

With this update, you can now create a new site WordPress.com directly from the iPhone or iPad. There are also new themes and now you can activate and customize them in an advanced way.

Your blog talks about Quick Update: Vainglory, Vine, Wordpress, Moleskine Timepage And Other Apps? Contact Us to be indexed in the BitFeed Network