Apple has changed the roles of many of its leaders, opening the way towards new strategies that could change the fate of the company in the coming years. Schiller became the head of the App Store, Jeff Williams is the new number two company, Johny Srouji becomes SVP of department hardware and Tor Myhren is the one who will handle the marketing of the company. What can we expect for the future? 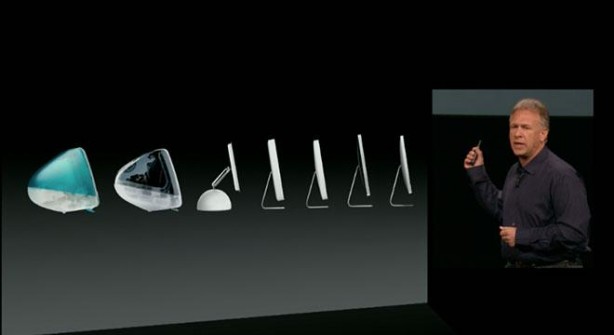 Phill Schiller has now the reins of the App Store, and this could change a lot of things, especially for developers. First of all, Eddy Cue now, it will only take you the iTunes and the editorial manager, even though two will surely have some overlap, which could bring a number of benefits for all.

What would change for developers?

The first thing that comes to mind is the management of revisions for the app. If the App Store is the future of Apple, surely Apple must review the way in which it approves or rejects apps that are sent by the developers. Often you have to wait too long before seeing your work on the App Store, other times are rejected the app for the reasons most bizarre (and maybe on the store, there are many similar app...). In addition, revisions are managed without certain rules for developers, so that every request approval for new apps or updates can turn into a lottery. Schiller will have to work first of all on this.

Apple has also wanted to differentiate the App Store – meaning the store in which are handled the app on the various platforms – from the iTunes Store, where you buy and manage the media content. Cue has contributed to the enormous growth of iTunes, so it's normal for him to still have the command. On the App Store, however, there have been various criticisms, and then a change of course was almost due.

Among other things, the management of the two stores is different: on iTunes you have to deal with resellers who are music labels, publishers and film studios, so the setting is different. On the App Store, there are a large software house, but most of the time the relationship is with the retailers represented by small developers that have made the fortune of iOS with their apps and their games. Two different settings, which will now be in the hands of two different leaders.

In addition, compared to iTunes, on the App Store, there is a need to coordinate with the various developers, especially when they are released new iOS versions and new devices (see Apple TV). On this, Schiller has the experience needed to move in the best possible way.

In the next few months we will see many new features in the sector marketing, which will cover the commercials, the launches of the products and even the structure of the packaging of the new devices. Tor Myhren will have in hand one of the most important aspects for Apple, because for years he did his own marketing, his point of strength.

Difficult to understand how will change the marketing of Apple, and ask also if there will be a greater openness toward the press. Tor Myhren has worked at Grey Group as creative director and as president of the New York-based, and under his guidance the company has been named to Adweek's ‘Global Agency of the Year’ in 2013 and in 2015

With regard to processors, GPU and other key components for all Apple products, the ball now goes to Johnny Srouji, who for years has done an outstanding job in the creation of various components for the iPhone and iPad. His goal is to create batteries that are more durable and the new processors Apple for iOS devices. Will check all the teams responsible for these aspects, with the aim to create components that are more functional.

Ads of yesterday have made public what Apple is doing internally from a little bit of time, and this is good news. The biggest strengths of a company can also become their weaknesses. While Apple continues to grow, the culture of the company can be the urge for the new activities that a real adversity. Apple needs to preserve its culture, but not to become too conservative. Modify the key roles, as was announced yesterday, will bring new blood to the company and new products.

In this context, it will be crucial to the role of Jeff Williams, which now becomes the number two in the company and the person responsible for the operation of Apple. In addition to having to control and manage the complex supply chain of the company, which is when Tim Cook became CEO of Apple, now Williams will also be responsible of the key products such as the development of the Apple Watch and the products that will come in the future.

Williams will play a key role in the future of ResearchKit. According to some, Williams will be the successor to Tim Cook at the helm of Apple, because it is a figure highly respected in the environments of Wall Street.

Link to the original article: How to change the future of Apple with the new roles of managers

Your blog talks about How To Change The Future Of Apple With The New Roles Of Managers? Contact Us to be indexed in the BitFeed Network