Eddy Cue: “we will Not give a universal key to the FBI”

The legal battle between Apple and the FBI continue to the sound of declarations, and the senior vice president of software and services of Apple, Eddy Cue could not stay out of games... 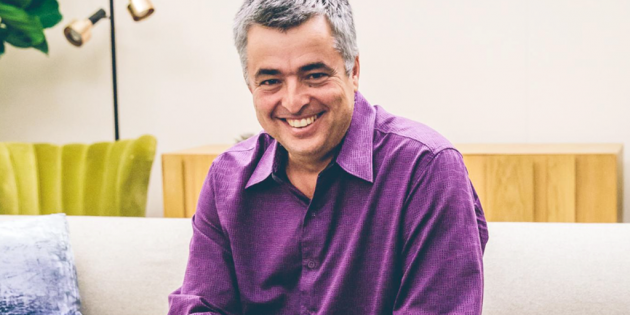 During an interview organized in the day yesterday, Eddy Cue explained that Apple has always helped the FBI and the police when it was possible, but also that now the government's request is made to Apple can not be respected, because, simply, Apple is not able to do so.

Cue compares the request from the FBI to the idea that you should give the key to the back door to the police, and the risks that can be used at any time, or to be lost and used by some thief:

In the first place, we always help the Fbi and police, in this and in many other cases. We provide all of the data that are in our possession. In this case, the problem is that they want to the only thing that we are not able to give. What they want is to have a key to the back door of your home. And if you are not able to have this key, ask us to change the lock in order to use their universal key which can open all the other houses with the same lock. If we do this, we will change the locks on all the iPhone, and the FBI will have keys to enter. The risk is that this key can then be found from the terrorists, criminals, and hackers...

I express all my sympathy for the victims of the attack, and I can assure you that Apple are doing everything to help the investigators to get all the information in our possession. Think of that attack makes me feel bad, there could be I or someone in my family. I am very, very sorry, and these things should not happen to anyone. It is very important to do everything possible to ensure the safety of all, but if we do not protect the phones personal millions of people, then we will do something much worse by opening the doors to a lot of criminals. Also, the government has not always been transparent in the handling of personal and private data of the citizens, for this is important for users to know that your smartphone can not be spied on.

Our goal is to make more secure our iPhone. We want to protect our users from possible cyber attacks, but we are also ready and always available to help the government in all the surveys in which you request our assistance. The police do a difficult job and only want to protect us, but there are so many avenues for them without having to even help hackers and cyber criminals.

Meanwhile, two u.s. senators are presenting a bill that includes penalties for companies that deliberately refuse to cooperate with the government during the investigation. Another curiosity: during a talk organised yesterday, the president of the United States Obama has talked about safety online, without, however, ever mention Apple: “With the help of companies like Google, Facebook, Microsoft and Visa, we're empowering the american on the proper use of electronic devices, to make sure that their online experience is secure by using systems such as fingerprint or confirmation codes to be sent on the mobile phone”.

These features are already present on Apple devices, but Obama did not mention the company. Probably, the counselors of the President, chose not to nominate Apple to avoid criticism on the part of the FBI, which is always a government agency. Obama has also confirmed a plan from $ 19 billion to increase the cyber security in the United States. Makes you smile to think, however, that a government agency wants to convince a tech company to lower the security measures on their devices...

We remind you that, last week, a California court has asked Apple to unlock the iPhone 5c one of the terrorists of the massacre of San Bernardino, but the company has responded that from iOS 8 onwards, you cannot do this. The government and the FBI then asked to install a backdoor on iOS, but for Apple this would allow any cyber criminal to access this “universal key” and control the sensitive data stored on any of the iPhone scattered all over the world. Among other things, Apple would have been able to provide the updated backup of this iPhone, if only the FBI had not asked the employer of the defendant to change the password of the Apple ID (the iPhone 5c is, in fact, was of the company, and was provided in the use of the employee).

Link to the original article: Eddy Cue: “we will Not give a universal key to the FBI”

Your blog talks about Eddy Cue: “We Will Not Give A Universal Key To The Fbi”? Contact Us to be indexed in the BitFeed Network