The manager in Apple's Craig Federighi has published an opinion article in the Washington Post to speak once more of the case, “San Bernardino”, and the legal battle between Apple and FBI. 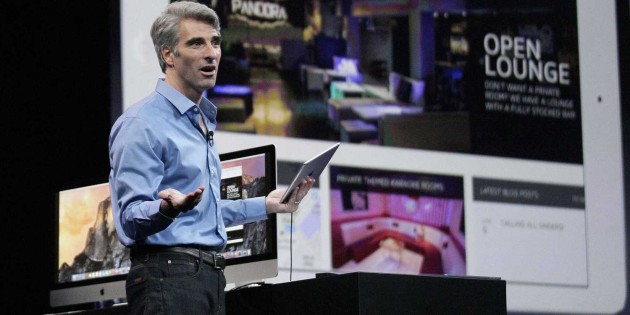 Federighi shows in part the same arguments that other Apple representatives have brought forward in recent days, confirming that it would be counterproductive to limit the safety of the technological devices used by millions of people.

To work around all the guarantees of safety integrated by Apple, the FBI wants us to create a backdoor in the form of a special software that can bypass the protections of the access code. In practice, we should intentionally create a vulnerability that allows government agencies to enter the inside of an iPhone. Once created, this software could be also exploited by hackers and criminals to devastate privacy and personal safety of all of us.

Federighi admitted that security is an ongoing battle and that the software of the future can not be separated from the encryption, since the tools of cyber criminals are becoming more and more powerful and are able to cause a real case, without the proper defenses.

The manager said that the suggestion of the government to return to the integrated safety system in iOS 7 is pretty illogical, given that you would go back almost three years, an eternity in the computer world. From iOS 8 onwards, in fact, the encryption system iOS allows you to decrypt the data only if you know the password of the user:

I became an engineer because I believe that technology can truly enrich our lives. A great software has the potential apparently unlimited, to solve human problems and can spread throughout the world at the global level in the blink of an eye. The malicious code is moving just as quickly, and when you create a software for the wrong reason, then this software has the capacity to harm millions of people.

Meanwhile, Amazon, which initially was eliminated by FireOS encryption systems, has promised that them will integrate again in the next version which will be released in a few weeks.

Recall that a court in California has asked Apple to unlock the iPhone 5c one of the terrorists of the massacre of San Bernardino, but the company has responded that from iOS 8 onwards, you cannot do this. The government and the FBI then asked to install a backdoor on iOS, but for Apple this would allow any cyber criminal to access this “universal key” and control the sensitive data stored on any of the iPhone scattered all over the world. Among other things, Apple would have been able to provide the updated backup of this iPhone, if only the FBI had not asked the employer of the defendant to change the password of the Apple ID (the iPhone 5c is, in fact, was of the company, and was provided in the use of the employee).

Link to the original article: Craig Federighi commented on the question Apple-FBI

Your blog talks about Craig Federighi Commented On The Question Apple-Fbi? Contact Us to be indexed in the BitFeed Network