According to the data published by Nielsen, Apple's Music is one of the 10 smartphone apps are used the most in 2015, with 54.5 million of users every month. The ranking is led by Facebook and Google. 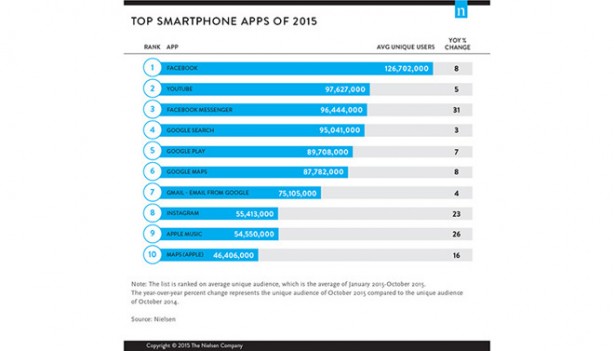 The service music streaming targato Apple is therefore positioned in ninth place, with an average of 54.5 million users per month, from January to October. This is a very interesting outcome, considering the fact that Apple's Music is available only from a few weeks on Android.

The ranking is led by Facebook, with an average of over 126 million users monthly, while YouTube stops to 97.6 million.

Link to the original article: Apple's Music among the 10 most-used apps of 2015

Your blog talks about Apple's Music Among The 10 Most-Used Apps Of 2015? Contact Us to be indexed in the BitFeed Network