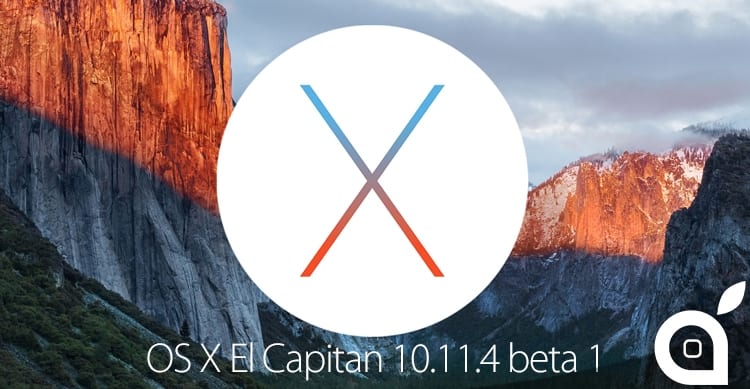 Developers can download the first beta of OS X El Capitan 10.11.4 directly from the Developer Center of Apple.

There are no news about the improvements with the fourth update to OS X El Capitan, but it is likely that all of the work is focused on the improvements regarding safety, performance and fix bugs found with OS X 10.11.2 that had not yet been fixed with the last beta, 10.11.3, released a few days ago.

Any changes worthy of note will be included in this article.

Your blog talks about Apple Releases The First Beta Of Os X 10.11.4 Developers? Contact Us to be indexed in the BitFeed Network